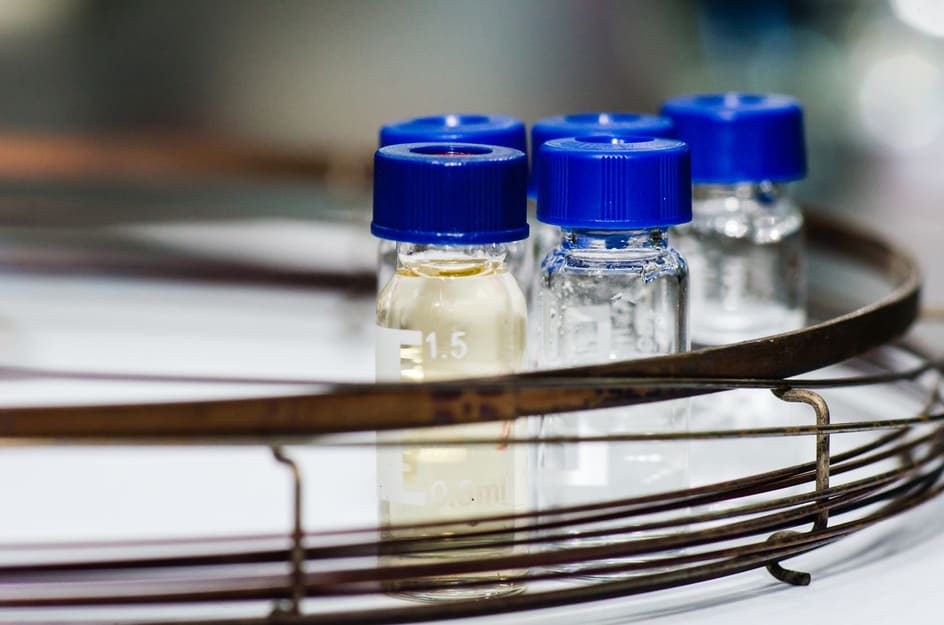 Size exclusion chromatography, also known as gel filtration, is a common technique used to separate compounds of small molecules, such as proteins, polysaccharides, and nucleic acids when in an aqueous solution. This can be extremely useful in numerous commercial applications, such as analysis and determination of an unknown sample, removal of large proteins for purification of a sample, for removing small molecules such as dyes and primers, and buffer exchanges. Such chromatography is purchased as a prepacked column that allows for increased resolution and analysis, quick runtime, with a high pH tolerance to allow applications to a variety of molecules and substances. One example of a commercially available separation is Superdex 200 pre-packaged chromatography, found here.

Various sizes of filtration media are available for purchase that allows one to specifically isolate a specific size of molecule. Further filtration can then fractionalize molecules in the stationary phase. Smaller molecules will migrate deeper into pores than larger molecules. This leads to fractionalization by molecule size, with larger molecules migrating the least into the pore. The Resin beads used in chromatography allow for a very high resolution of separation between molecule sizes.

Two popular and commercially available  are the Superdex and the Superose resin chromatographies. Superdex is composed of a matrix of dextrin and agarose, resulting in a resin that has high selectivity and resolution, with limited non-specific interactions. Superose, by comparison, has a resin composed solely of cross-linked agarose particles (an example of a superose product can be found here).

The differences between the two compositions result in different porous mediums that allow separation of target biological molecules. A third commercially available resin is Sephacryl. This has a resin of dextran and N,N’-methylene bisacrlamide. This results in a different filtration pore with different purification capabilities.

An example of a sephacryl column can be found here.

Lewy bodies are clumps of protein that form in the brain that cause problems with everyday brain behavior, and are associated with the onset of dementia. Lewy bodies are highly constituted of an aggregated form of a protein, α-synuclein. It is also believed that aldehydes, such as 4-oxo-2-nonenal (ONE) are formed during oxidative stress, and in turn result in the formation of Lewy bodies. One study demonstrated the isolation of both aggregated and monomeric α-synuclein. This allowed the protein to be studied in order to understand its affect and neurotoxicity, all using this purification technique.

Another study demonstrated the isolation of an ATP Synthase complex from an E. Coli membrane. This was achieved quickly and with high precision, and allowed further study of ATP synthase in E. Coli. ATP Synthase is used to generate the energy source for E. Coli, and understanding its mechanism is extremely valuable in developing medicine to help resist enteropathogenic E. Coli.

Another study demonstrated the analytical value of chemical separation using Superose 6. Many proteins are often stored with buffers so that they do not expire or change structurally during transport. Resin chromatography was found to show consistent and quick separation of creatine proteins, which demonstrates an industrial use, as creatine is a popular substance taken by many.

As mentioned previously, separation of compounds is extremely important throughout a wide range of commercial applications. Using a magnetic resin for separation can provide another mechanism for separation of chemical components, especially with large batches of various nucleic acids or proteins that vary in charge. One example of an effective separation technology is the Sepmag Q, which can process several liters for purification with no particle loss. This also allows for an adaptable target range, reducing the need to have various pre-packaged chromatography columns that specialize in different molecular weights.

To learn more about the Sepmag Q and other devices, see this link.