CLIA kit can come with reagents (beads, tracer, assay buffer…) in a unique cartridge or individual vials, depending on the company and analyser. The kit will contain at leastmagnetic particles andtracer reagents. There is a usual characteristic for all platforms, magnetic beads are required to be homogenized  on-board the analyzer, in order to prevent bead sedimentation.

On the other hand,  tracer is kept in opaque vials to be carefully protected from light exposure,  maintaining its chemiluminescent properties. Calibrators and controls are also not typically included in the reagent kit but there are some companies that include in the reagent cartridge also the controls. Sometimes calibrators can be reagent lot dependent but is more versatile if calibrators can be used for any reagent lot. When the stability of calibrators and controls is compromised in liquid formulations, lyophilization of these materials can be an option to enlarge their stability although is worst from a point of view of easy to use for end users.

Instrumentation modules in a CLIA analyser

There are three common modules in main analysers needed to perform CLIA assays with magnetic beads.

The detector mode is also a common module to detect the light emitted from your chemiluminescent reaction.

All these three modules are integrated for common automated platforms for either benchtop analyzers or high-throughput routine analyzers. 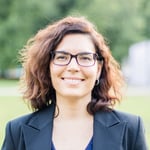