But, even if using Biomagnetic Separation seems to be the obvious choice, they are some problems in practice. The first one is how to specify the process itself. When we discuss with IVD-kits manufacturers about their needs on magnetic bead separation, they usually refer to:

The answer is quite simple, but usually overlooked. The key parameter in Biomagnetic Separation processes is the magnetic force. The magnetic beads move at a definite speed, determined by the net force resultant of the competition between magnetic force and the drag force. This late is caused by the buffer’s viscosity.

When we use a simple permanent magnet for separating magnetic beads in a vial, we can do it because the applied magnetic field is not uniform. Then it make no sense to try to define the process by the value of the magnetic field (usually expressed in Tesla or Gauss), as what is key is how it changes with distance.

Then, if we fulfil both conditions - magnetic saturation of the field and constant magnetic field gradient-, we will have specified the magnetic force governing your Biomagnetic Separation processes. 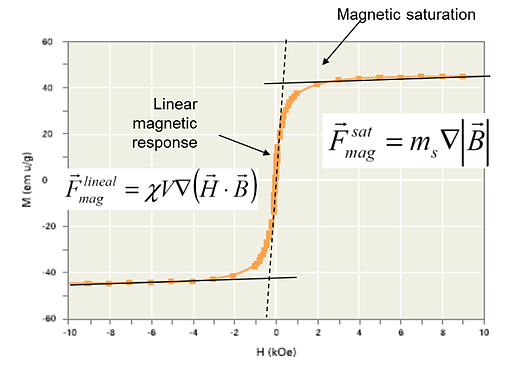 With this concepts in mind, it would be easy to understand how to avoid the most common and critical mistakes when using this technology in CLIA-IVD kits production. Remember that last week we published the first article in this series. You can check it in the following link: