KODE™ Technology is based on novel water-dispersible self-assembling molecules, called a function-spacer-lipids or KODE™ constructs (Figure 1) that are able to coat virtually any biological or non-biological surface with almost any biological or non-biological material [1-10]. The primary coating method of live cells, organisms, bacteria and viruses or solid surfaces (glass, metals, plastics, etc.) is achieved by simple contact with a solution containing one or more FSL KODE™ constructs. Upon contact the FSLs spontaneously and harmlessly create a stable and novel surface coating. Essentially the spontaneous self-assembling process is driven by the need of the constructs to “exclude water”. Because the constructs are able to bind to virtually any surface, be it hydrophobic or hydrophilic the mechanisms of action are multiple and complex and include hydrophobic interactions (via lipid tail), hydrophilic interactions (via the head group and spacer), micelle entrapment, encapsulation, bi/multi layer assembly, and other factors such as hydrogen bonding, van der Waals forces, electrostatic and ionic interactions and combinations of all the above on complex surfaces.

Figure 1. Schematic of FSL-biotin. Upper image show one possible conformation of the FSL-biotin construct while the lower image shows its schematic formula. The spacer of FSL biotin is a partially carboxymethylated oligoglycine while the lipid tail is 1,2-dioleoyl-sn-glycero-3-phospho ethanolamine (DOPE).

To-date a large range of peptides, simple and complex carbohydrates (including sialic acids and hyaluronin), peptides, fluorescent markers, reactive functional groups, biotin (Figure 1), oligonucleotides, radiolabels, chelators, and other functional moieties have been created as FSL constructs [1-10]. The key advantages of KODE™ Technology over other conjugation techniques are that it allows the user to create bespoke novel surfaces on demand, and it can also harmlessly modify live cells to facilitate their attachment to beads. Because multiple different FSL constructs can be added simultaneously to a bead, and in a controlled manner (by simply altering relative concentrations of FSLs in the mix), users can build on the surface of the bead a variety of complex multi-ligand biofunctional surfaces. Furthermore, the technology is compatible with existing functionalized beads and would allow users to add further features, such as fluorescent labels, or other enhancing or blocking components.

Wash 1g of magnetic microspheres (e.g. Millipore Estapor® Magnetic microspheres) with water and remove most of the supernatant. Add 2 mL of FSL-biotin (187786-1-R&D) diluted to 100 µg/mL (50µM) in PBS and vortex briefly. Incubate at RT for 1 hour and wash once with storage buffer (PBS containing 0.1% Tween® 20, 0.5% BSA, 0.05% sodium azide) and then store in buffer at 4°C for up to 1 year. These biotin microspheres can be use to capture avidinylated biological or non-biological material.

Decant supernatant from biotin koded microspheres and add a solution of streptavidin (1 mg/mL) in a ratio of 2 mL per gram of microspheres. Vortex briefly and incubate at RT for 1 hour, with mixing after 30 minutes. Wash twice in storage buffer, then store in buffer at 4°C for up to 1 year. Note: Streptavidin and neutravidin coatings perform better than avidin. These biotin-avidinylated microspheres can be use to capture biotinylated biological or non-biological material.

Prepare kodecytes by contacting cells (red cells, culture lines, sperm, embryo, bacteria, etc) with a 50 µM solution of FSL-biotin, or FSS-biotin (416662-1-R&D) for 1 hour at 37°C. Capture the biotin kodecytes onto streptavidin koded microspheres by simply bringing them into contact (Figure 2). The attachment is sufficiently robust to magnetically isolate the kodecytes captured on the koded magnetic microspheres from other cells in a mixture. 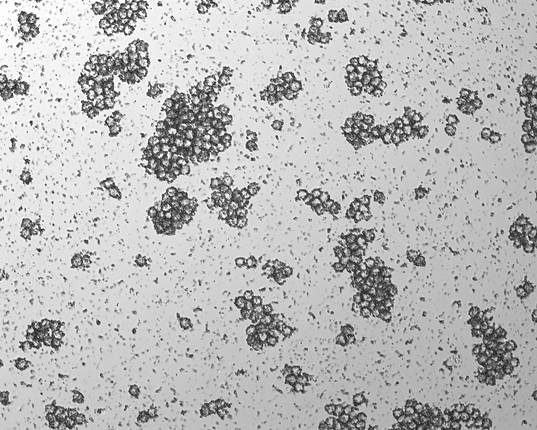 In summary within a few hours a magnetic bead (or any surface) can be modified with an appropriate FSL construct and used to specifically capture live cells, virions, particles, or other biological or non-biological material.

FSL-biotin and other research related FSL-constructs are available from Sigma-Aldrich and KODE Biotech Materials Ltd. Further information on KODE™ Technology can be found at www.kodecyte.com 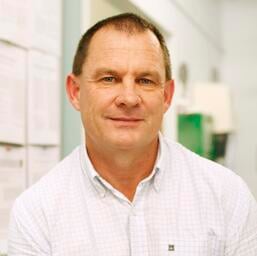 CEO/CSO of KODE Biotech Limited, inventor of the biosurface modification KODE™ Technology and Professor of Biotech Innovation in the School of Engineering at Auckland University of Technology, Auckland, New Zealand. Steve has more than 30 years experience in blood and biotechnology research and has published or presented more than 180 scientific articles and is an inventor on more than 120 patents/applications.