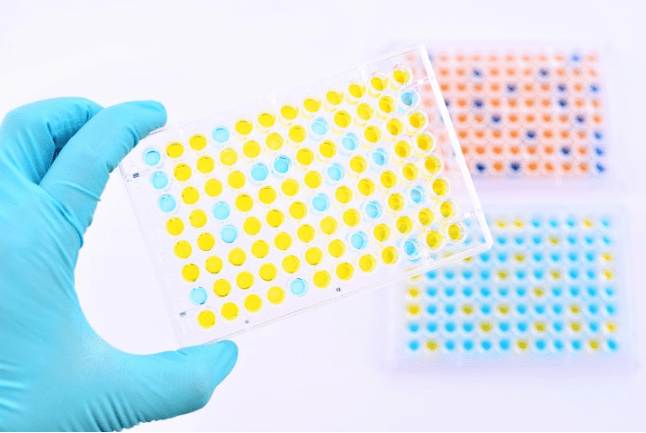 Enzymes play a surprisingly important role in modern industry, and are essential to the production of more commercial products than one would initially consider. Enzymes are proteins that speed up reactions and improve yield by increasing available precursors for downstream reactions. Perhaps the most obvious use for enzymes in industryisthe production of cheese, bread, and alcohol. In these traditional applications the enzymes are part of microbial machinery such as bacteria or yeast. Over time scientists have been able to isolate specific enzymes and to understand their catalytic functions well enough to incorporate them with or without their microbial hosts into a wide variety of somewhat surprising situations. For example, enzymes are used in the production of textiles, detergents, biofuels, and pharmaceutical products. Large quantities of desired enzymes are required for these applications, and they need to be available in the purest form possible. The purity of enzymes in industry is particular important for pharmaceutical applications where the products as well as the process are susceptible to review and control by regulatory associations. Batches of enzymes in industry undergo regular process validation to ensure batch-to-batch consistency.

Enzymes are typically isolated from microbial, animal, or plant sources. Microbial sources are particularly useful because they can be quickly grown into large colonies and are easy to store in vats prior to isolation. The separation and purification of enzymes requires multiple separation steps involving filtration, centrifugation, chromatography, and more frequently biomagnetic separation.  The ability to use biomagnetic separation for large volumes is a relatively new development in the field. Modern biomagnetic separation racksthat provide homogeneous magnetic force throughout the working volume are a drastic improvement over traditional setups, and have made it possible to scale up the technique for use with large production volumes. This in-batch consistency is also important for process validation to ensure that products are reliable and safe for consumption.

Enzymes in industry: some examples

Rennet is a mixture of enzymes found in ruminant mammal stomachs. It contains enzymes such as chymosin and pepsin which can catalyze the process of coagulating the proteins and fats of milk. Milk in liquid form is a mixture of many micelles. These two enzymes cleave off parts of the kappa-casein micelles to allow them to bind to other casein in solution. Eventually the coagulation increases and other molecules get bound by the coagulates, also called curds.

Example of an important enzyme in the making of penicillin

Penicillin is a widely used antibiotic, and it is produced in enormous quantities. This large-scale production is made possible by an enzyme called penicillin amidase, also known as penicillin acylase. The enzyme comes from bacteria, and is used to catalyze the reaction that makes 6-Aminopenicillanic acid (6-APA), a precursor to many types of  semi-synthetic penicillin molecules.

The list goes on and on. Enzymes are used in the production of over 500 commercial products. The ability to consistently isolate large quantities of enzymes is very useful.