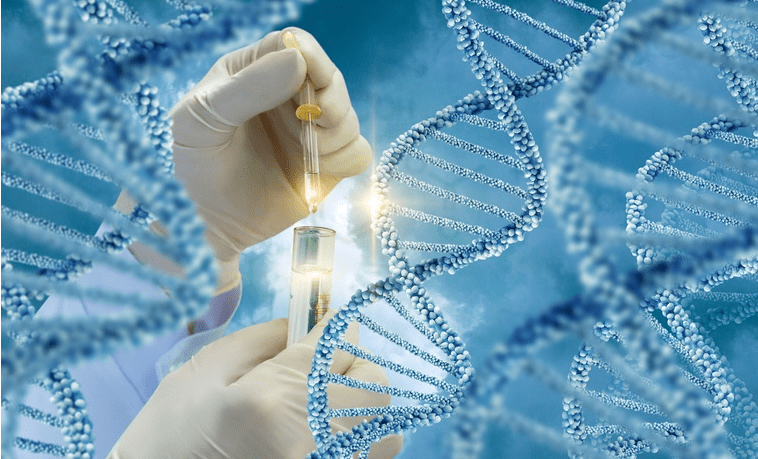 In bacteria there are two main types of DNA—genomic and plasmid. Plasmid DNA is unique to bacteria. Eukaryotic cells don't typically have plasmid DNA unless it was put there by transfection for experimental purposes. The most important goal when isolating nucleic acids is to obtain the highest purity genetic material possible. When isolating genomic DNA it is important to remove plasmid DNA and RNA from the sample. Similarly, sometimes an experiment calls for the isolation of plasmid DNA, and the selective removal of genomic DNA is necessary. Also, some commercial RNA isolation kits include gDNA eliminator spin columns to remove genomic DNA from the isolate.

Genomic DNA is found in the chromosomes and it is much longer and higher molecular weight than plasmid DNA. Genomic DNA is the code for the genome, and this is what scientists collect when they are doing genome sequencing. For sequencing purposes it is desirable to collect intact genomic DNA in the longest fragments possible. Recently, a method to extract high-molecular-weight genomic DNA for sequencing of single molecules was developed. This genomic DNA isolation method uses magnetic separation.

The creators of genomic DNA isolation claim that it can be used to extract micrograms of high-molecular-weight genomic DNA up to 150 kb in length in a single tube, under 60 minutes, for an affordable price. It was performed with sunflower leaf samples. The samples were frozen and mechanically ground and lysed with a sodium dodecyl sulfate (SDS) buffer. RNAse A was included to degrade RNA. DNAses were deactivated. Potassium acetate was then added to form an insoluble complex with proteins and polysaccharides, which are removed by centrifugation. The purification of genomic DNA was accomplished with carboxylated magnetic particles. Polyethylene glycol was used to bind DNA to the beads. The beads were collected by magnetic separation and contaminants were washed away with ethanol. The genomic DNA was eluted from the beads in a low-salt solution.

Plasmid DNA is naturally found in prokaryotic cells. It is physically separate from genomic DNA and forms into a circular molecule. Plasmid DNA can be exchanged between bacteria, and often contains beneficial genes such as antibiotic resistance. Artificial plasmids are commonly used for transfection experiments. Resulting cells either express the introduced plasmid DNA transiently or can incorporate it into the genome in a stable transfection. 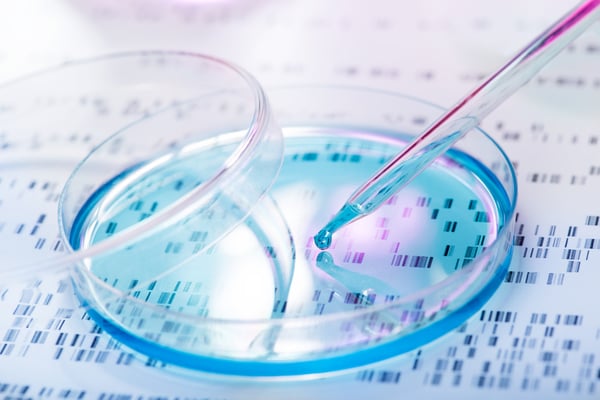 Genomic DNA isolation and mitochondrial DNA isolation are becoming increasingly more important as advanced molecular diagnostics are becoming commonplace in cutting edge medicine. Additionally, improved genomic DNA isolation techniques have enabled the affordability of consumer-grade sequencing. Now, for a nominal fee, it is possible to simply take a swab of your own cheek cells and ship it off to a company who will analyze your geneology and give you a snapshot of your family’s origins and genetic predispositions to disease.

The synthesis of complementary DNA (cDNA) is fundamental to the study of RNA expression in cells and tissues. RNA is fragile and not compatible with the polymerase chain reaction (PCR). Therefore, an intermediary step is needed to convert RNA to cDNA for analysis by quantitative PCR (qPCR). This qPCR technique utilizes specific primers and polymerase enzyme to amplify targeted sequences of cDNA. Since the cDNA is complementary to the initial mRNA isolate, this technique provides a quantitative readout of mRNA levels in the sample. The need for cDNA is so great that many companies sell cDNA synthesis kits to simplify the procedure.

The first step of cDNA synthesis is to denature mRNA at about 70ºC. This is important because it relaxes the secondary structure to allow the reverse transcriptase (RT) enzyme to travel the length of the strand. The next step is a quick drop in temperature to allow an initial primer sequence to bind. Then, the RT attaches and moves from the 3' to the 5' end of the RNA strand. It reads each base pair and inserts to corresponding match to extend the primer resulting in cDNA. The RT works optimally at 37ºC, but some newer proprietary RT enzymes can work at temperatures as high as 50ºC. The final step of the reaction is tto heat it up to 70ºC in order to deactivate the RT. An additional RnaseH step can be added to degrade the RNA strands and leave only the cDNA strands in the sample.

The cDNA synthesis kits may vary slightly between manufacturers, but the essential ingredients are always included. The major differences lie in the buffer composition and the choice of reverse transcriptase. Manufacturers of cDNA synthesis kits gain their edge by developing proprietary RT enzymes to speed up the process of to increase transcription efficiency. As a result, there are many RT varieties available.

And the optional ingredients:

5. RNAseOUT to protect RNA from degradation throughout the reverse transcription process

6. RnaseH to clean up the cDNA sample at the end of synthesis by digesting the RNA strands