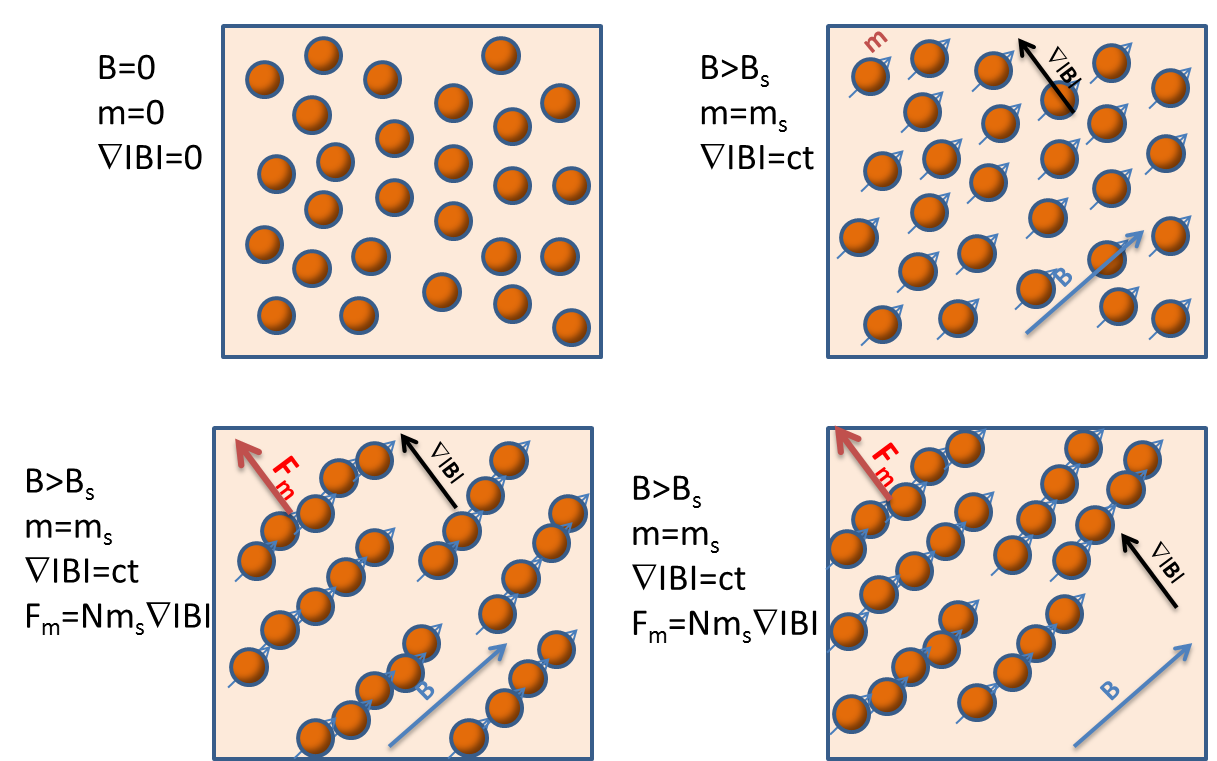 Know How Your Particle Magnetic Behaves

To successfully scale-up a biomagnetic separation process it is necessary to understand how the magnetic beads behave. The separation speed depends on the balance between the magnetic force (generated by the field pattern and the moment of the beads) and the drag force (caused by the buffer viscosity). Thus, it is important to understand how this two forces act on a real magnetic bead suspension.

The magnetic beads behavior is usually described in textbooks as the competing effect of the two described forces over a single bead. The problem with this approach is that it does not describe the separation process as it really occurs. Using a constant magnetic field gradient it's easy to calculate the separation speed, what is usually in the range of hours by centimeter. However, real experiments show a faster behavior, completing the separation in few seconds. 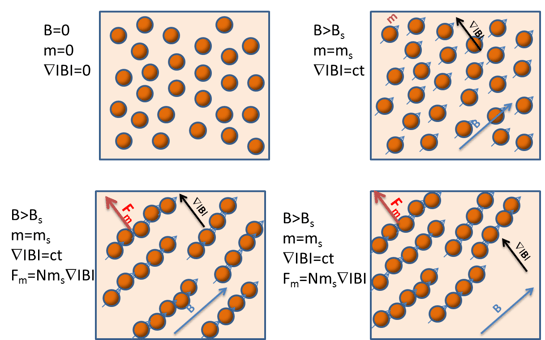 The flaw of the described interpretation resides in the assumption that magnetic beads move individually. This is only true for very small particles and/or beads with very low magnetic moment. However, most of the practical applications use beads with diameters over 500 nm and more than 30% magnetic pigment contents. With these characteristics, when a magnetic field is applied, the beads become magnetized. If the field is big enough (higher than the saturation field value, typically over 0.1 T for most magnetic iron oxides), the beads become fully magnetized and act as small permanent magnets. As a consequence, they tend to align north and south poles, forming chains. The chains will move in the direction of the magnetic field gradient (that can be different of the magnetic field). As the chains have larger moment and lower ratio less drag/magnetic force than single magnetic beads, the separation speed is faster, leading to the short separation times responsible for the popularity of magnetic separation in Life Science. 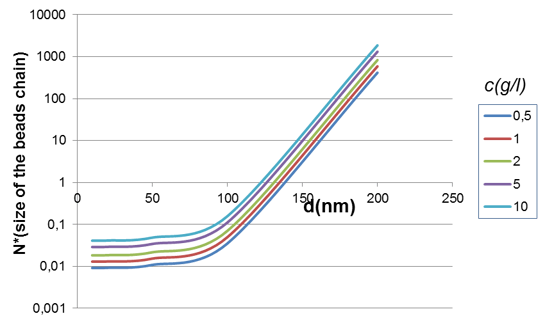 Understanding the cooperative nature of magnetic bead movement is important when selecting the right separation conditions. The option of decreasing the beads’ diameter to increase the specific area (and binding capacity) should be carefully weighed against its effect on the separation speed. The advantages of decreasing the magnetic pigment content to reduce density (and thus sedimentation) could compete against the reduction of the separation speed. By contrast, increasing the concentration is an easy way to accelerate separation without the need of changing the coating and/or magnetic beads. In any case, the deeper the knowledge about the magnetic beads’ behavior is, the easier it will be to correctly define the separation process and establish the experimental protocols regardless of the scale.