A simple but less stable strategy for conjugating a magnetic bead surface can be achieved through passive adsorption of the antigen or antibody directly on the surface of a “plain” magnetic bead. Alternatively, the modification of the surface chemistry of the magnetic beads is a great option if covalent attachment of the antigen or antibody is important for the assay. Active groups take advantage of the large surface area of the magnetic beads and provide abundant anchoring points for your antibodies or antigens to become covalently conjugated to the bead. Some examples of pre-activated chemicals that can be used are the popular Tosyl group or epoxy. There are other groups that are used which require activation, such as carboxyl (-COOH) groups, amines (-NH2), and hydroxyls (-OH).  This practice is also known as the chemical functionalization of magnetic beads. 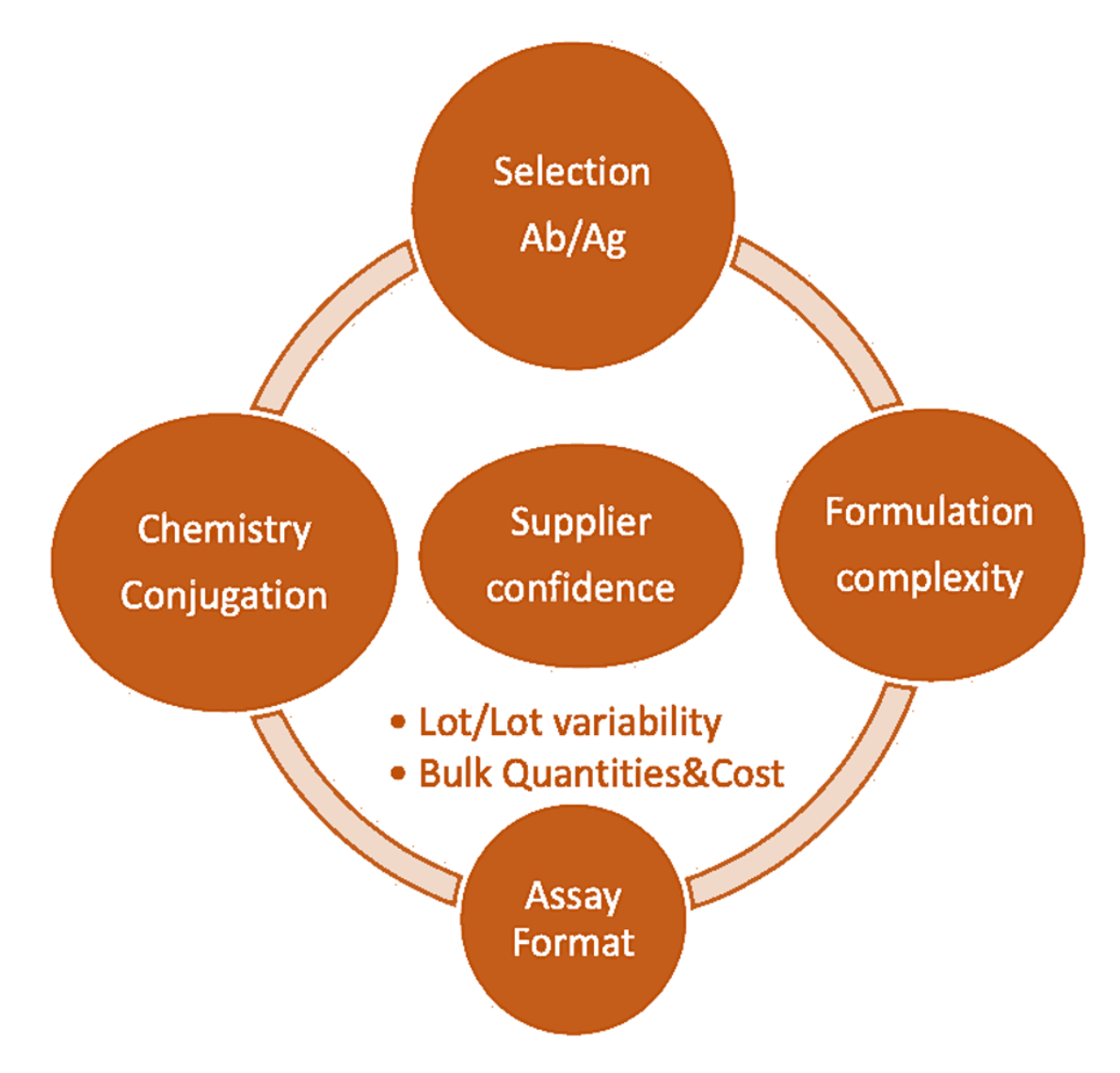 Protein G binds either the Fc or Fab region of a spectrum of immunoglobulins and can be used to immobilize antibodies. Sometimes Protein A and G are used together to increase the spectrum of potential antibody binding. It is also possible to conjugate specific proteins but this requires optimization.

When biological modified magnetic beads are selected for a CLIA assay it is important to check the compatibility of these beads with the sample type, in order to prevent non-specific interactions with components of the sample with the biological surface of the magnetic beads.