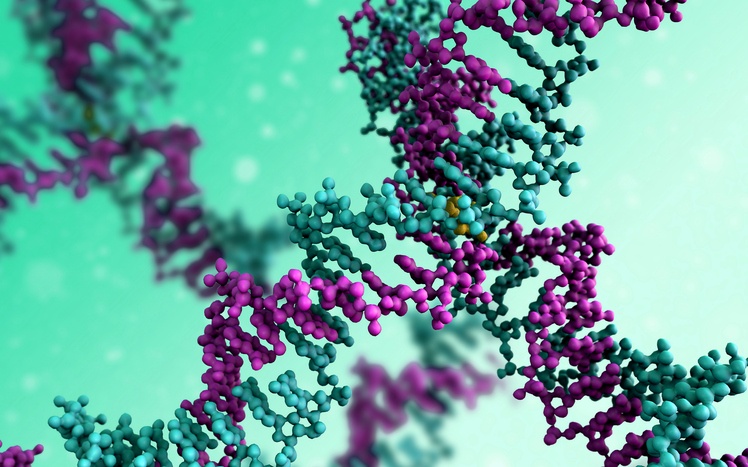 Protein A magnetic beads for antibody capture and labeling

Antibodies labeled with fluorescent tags, radioactive molecules, biotin, enzymes, and other small molecules are essential for immunoassays, cell sorting, diagnostic assays, cell imaging, and other procedures. The attachment of small molecules to individual antibodies is not trivial, and to do it with a specific orientation is especially challenging. The purified antibody to be labeled must be in solution at high concentrations, and the process requires multiple washing steps. On-bead labeling methods are used to improve the labeling efficiency. Protein A binds to the Fc region of IgG antibodies across a variety of species, and is commonly used to capture antibodies onto a bead surface for isolation or for small molecule modification.

The first beads used for on-bead antibody labeling were non-magnetic and simply provided an immobilization platform. These non-magnetic beads required a column for the washing and elution of labeled antibodies, and could only label one type of antibody at a time. The use of protein A magnetic beads for on-bead labeling is a recent development that eliminates the need for a column and introduces the ability to label multiple antibodies at the same time. Recently, protein A magnetic beads were used to label up to twelve polyclonal antibodies in parallel. The simplicity of magnetic separation  eases the washing steps in the protocol, and improves the ability to concentrate captured antibodies for efficient labeling.

Protein A magnetic beads are coated with a material that has low non-specific binding. One example used cellulose magnetic beads. Protein A can be chemically attached directly to the surface of this bead, but there is no control over orientation, which decreases the efficiency of antibody immobilization. There are special ligands available to attach directly to the magnetic bead. These ligands contain a specific binding site to protein A, which ensures proper orientation upon binding.

Protein A magnetic beads are incubated with an antibody solution and magnetically separated to concentrate the antibodies for labeling. The most common methods for antibody labeling are chemical reactions with the amine or thiol groups of lysine and cysteine amino acids of the antibody. Fluorophores and other small molecules are conjugated with the antibodies by either a thiol reaction or an amine reaction, depending on the desired location for the fluorophore. After labeling is complete, the bead-antibody conjugates are washed multiple times and an pH altering elution buffer is added to release the labeled antibodies from the protein A magnetic beads. These labeled antibodies may be used for further experiments. The flurorophore-labeled antibodies are very useful for imaging and diagnostic experiments.