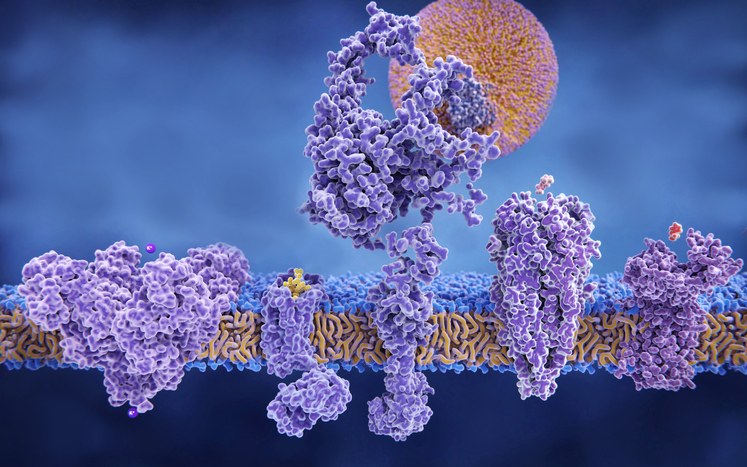 Proteomics is the study of the protein in an organism. Protein is a fundamental building block of life, and proteins are the workhorses within and between cells. Biochemical pathways are built out of enzymes and ligands—without them nothing would be accomplished; plants wouldn’t produce glucose, animals wouldn’t be able to digest food, the immune system would cease to exist, and all other biological processes would grind to a halt. The fundamental importance of proteins for life makes them an important topic of study. The first step in understanding protein structure and function is to extract them. Protein extraction is the process of isolating and purifying protein from samples of whole tissue, cell cultures, or biological fluids. The protein extraction protocol used is tailored to match the starting material and the end goals of the assay. Considering the goal of the experiment is extremely important when developing a protein extraction protocol because certain buffer choices (such as high salt, high detergent formulations) can ruin an experiment when higher order protein structure and function needs to be preserved.

In their most fundamental state, proteins are long strings of amino acids forming the primary protein structure. The order of amino acids and the length of these chains is dictated by the genetic code. Secondary protein structure is governed by hydrogen bonding and yields secondary structure in the form of alpha helices and beta sheets. From here the protein adopts a tertiary structure that is directed by amino acid side chain interactions. Quaternary structure appears when individual proteins complex together to form a larger protein consisting of more than one amino acid chain. It is important to understand that proteins get their shape from chemical interactions between the amino acids comprising them, and that protein function is determined by protein shape. Denaturation is the process of a protein losing its shape due to disruption of the chemical bonds building its secondary, tertiary, and quaternary structure. Protein denaturation leads to loss of protein-protein interactions and function, and must be avoided at all costs when designing a protein extraction protocol for isolation of proteins in functional binding assays such as ELISA or co-immunoprecipitation. The best way to avoid this is to use gentle buffers without concentrated detergents, high salt content, or extreme pH (highly basic or acidic).

The process of protein extraction starts with very crude samples that are cleaned up through filtration, centrifugation, solubilization and precipitation, and refined with techniques such as affinity columns and immunoprecipitation. A general workflow proceeds as follows: