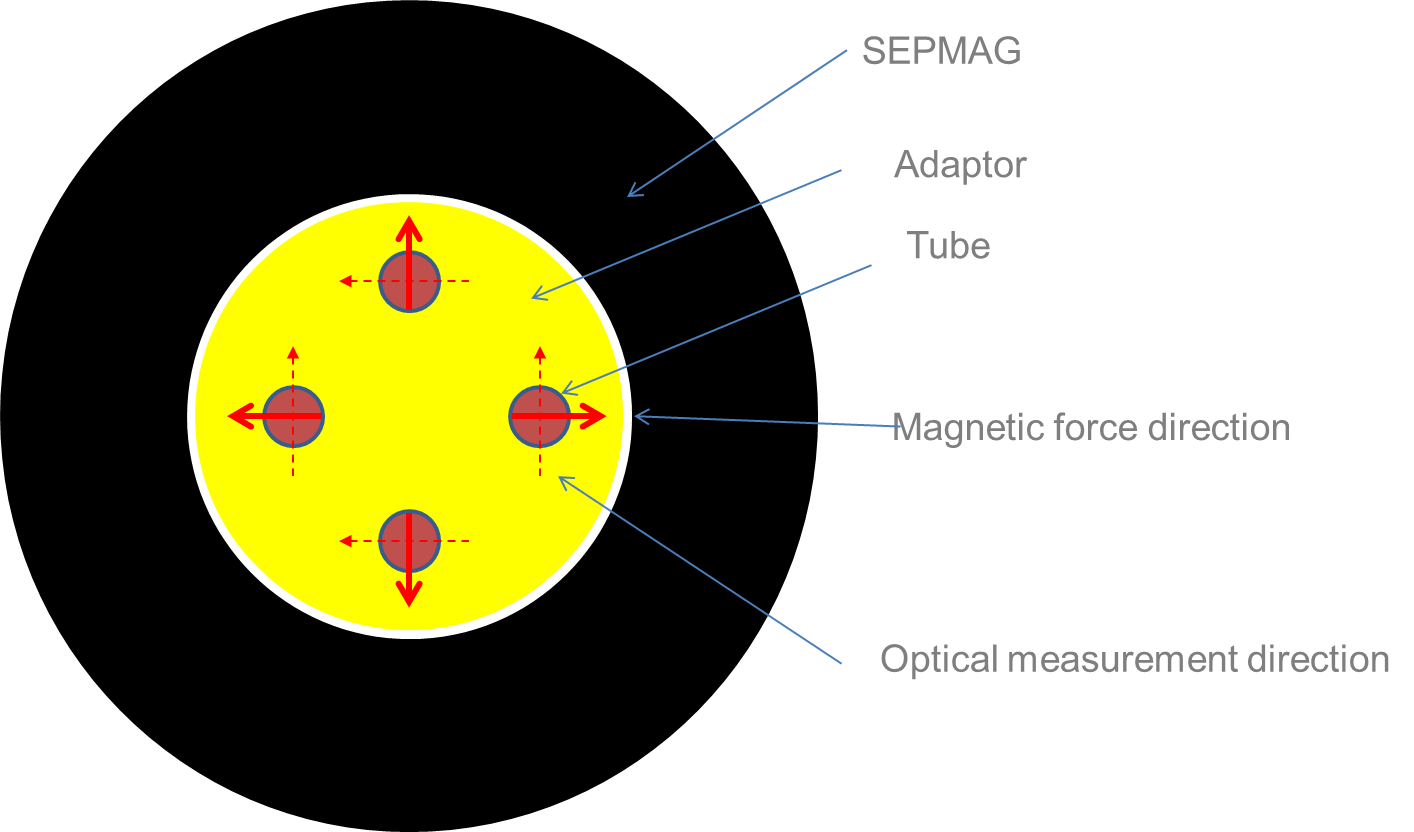 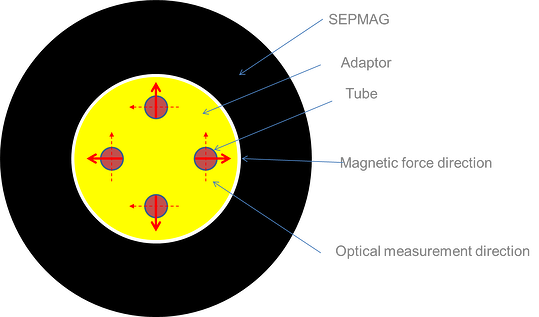 One of the problems of working with small tubes and classical magnetic separators (or simple magnets) is the lack of definition of the magnetic force. As the magnetic field and its gradient changes with distance, the force on the magnetic beads is not constant and variations in the behavior of the suspension are difficult to interpret.

This problem is avoided when advanced biomagnetic separation systems are used. In these devices the magnetic force has constant magnitude and radial direction. Working conditions are fixed, therefore changes in the separation processes can be directly related to the characteristics of the magnetic beads/particles and/or the buffer. This is why academic researchers using SEPMAG systems call them ‘precision magnetophoresis devices’.

When using small tubes (we will discuss large volume in next chapter) the sample is inserted in the Biomagnetic Separation systems using an adaptor. The typical geometry is revolver-like, and the tube holder is positioned in an area where the beads are magnetically saturated. The constant magnetic field gradient means that the force is constant.

As shown in the figure, the constant magnetic force causes all the beads to move at the same speed. The beads at the front move at a constant speed, generating a growing area that looks transparent and which contains buffer, not beads. Aligning the light emission and the sensor perpendiculars to the magnetic force direction, gives a response that varies from 100% opaque (in the beginning) to 0% (maximum transparency). 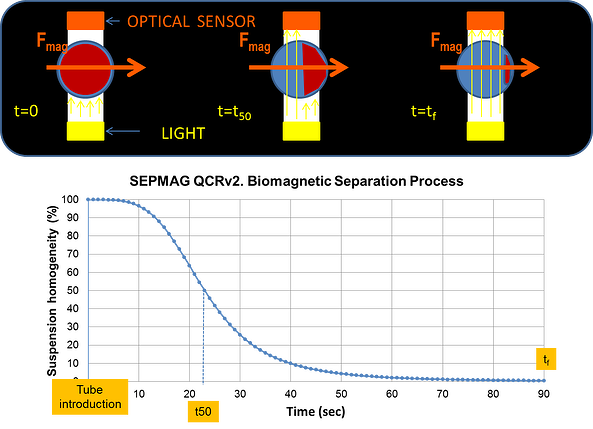 The resultant curve describes the biomagnetic separation process with an unparalleled level of detail. Researchers can ascertain the behavior of different parameters. For example, increasing the concentration means a shorter separation time, but also a steeper curve. These measurements have given us an understanding of the cooperative mechanisms governing the magnetic bead separation [JS Andreu et al, Physical Review E 84 (2), 021402, 2011]. Other researchers have used these measurements for analyzing the different behavior of magnetic beads in different steps of the synthesis route [Benelmekki et al, Soft Matter, 2012, 8, 6039-6047].

Real-time monitoring of the biomagnetic separation process opens up a wide range of possibilities: from basic research questions to optimizing protocols, from checking the properties of new magnetic particles to testing whether a new coating protocol induces aggregation. Because the curve is continuous, it can be parameterized, parameters can be correlated with changes in the suspension, theoretical models can be built and the experimental hypothesis checked.

There are still many unanswered questions regarding the details of biomagnetic separation processes. This monitoring methodology gives researchers a new tool for answering those questions.