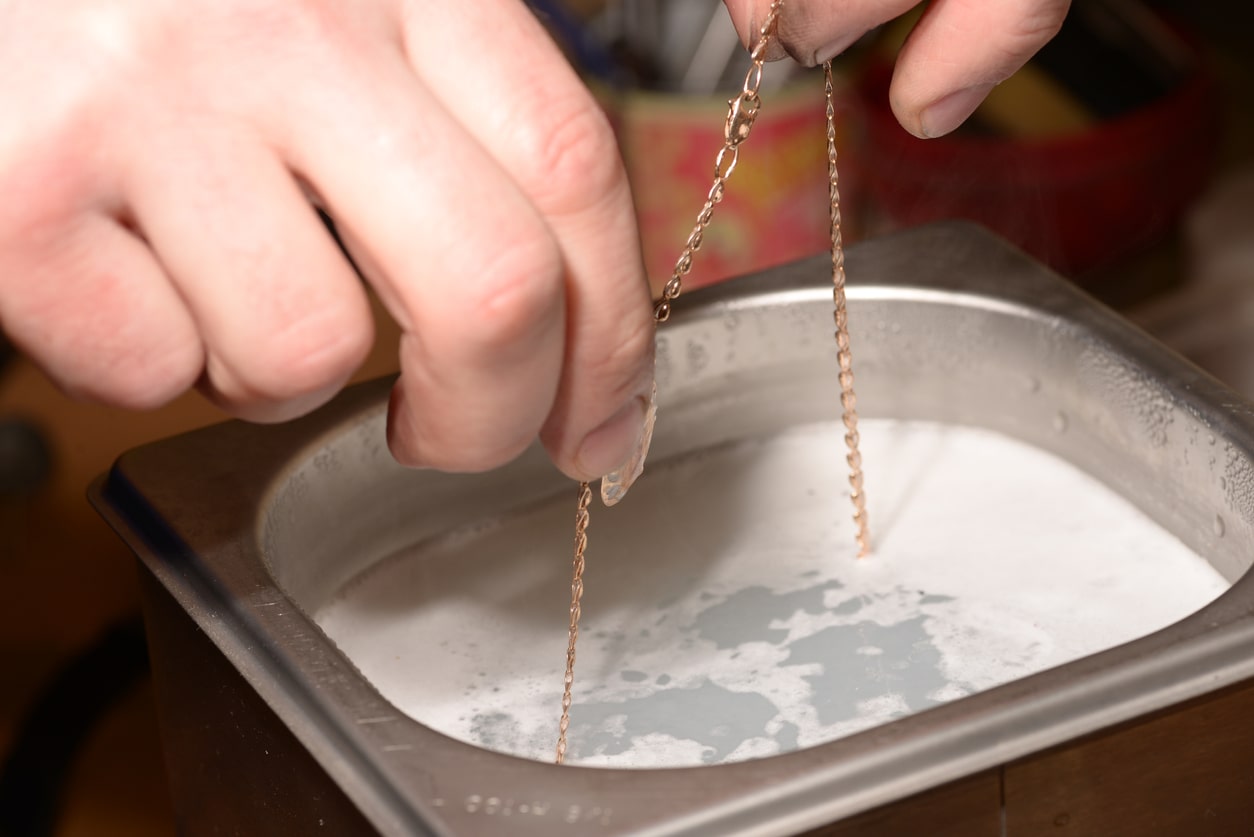 A sonicator bath is a tool that propagates ultrasonic waves through fluid contained within it. The ultrasonic bath is used in the laboratory to lyse cells, to degass water, and to break up clumped and aggregated magnetic beads, among many other uses. Ultrasonic cleaners are used to remove dirt and grime on objects that are hidden in difficult crevices that brushes or sprays cannot access. The most common fluid used in an ultrasonic bath or ultrasonic cleaner is distilled water. Other solvents may be added to help in cleaning processes, but in the laboratory, sonicator baths are almost always filled with distilled water. One must be careful when using solvents to ensure that they don’t have a low flash point as the ultrasonic waves will heat up the fluid in the bath. Sonicator baths work by applying ultrasonic waves to fluid. Ultrasonic waves are sound waves greater than 20 kHz; when propagated through fluid they bounce into air bubbles and cause them to burst. The shock wave released by bursting air bubbles helps to lyse cells, remove dirt from surfaces, or to break apart aggregated magnetic beads.

The two most common sonication methods are the probe and the bath. The probe goes directly into the sample and generates ultrasonic waves. The advantage of this method is that it is very direct, but the disadvantage is the possibility of contamination when moving the probe between samples. The advantage of the bath is that the sample cannot be contaminated because it is never touched by anything during the sonication process. When using a sonicator bath, the sample in its own container, is placed into the sonication bath and the waves propagate from the bath fluid through the container and into the sample. This method isn’t as direct, but it is effective. When performing any sonication process with biological samples it is important to apply the ultrasonic waves in chunks and to take breaks to chill the sample between applications in order to prevent heating and protein denaturation. 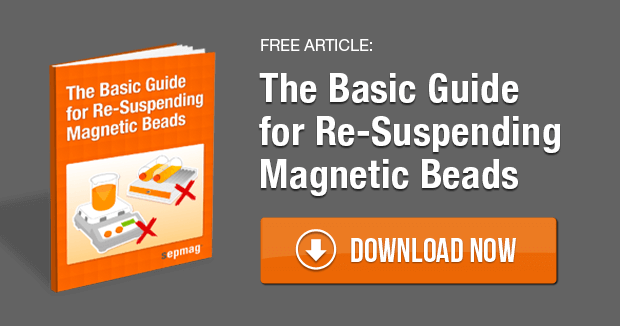