Biomagnetic separation has a wide range of applications in life sciences, from cell sorting to protein purification. But we regularly speak to laboratories and companies whose magnetic separation protocols lack necessary information on the key parameter: magnetic force.

Users often focus on factors such as separation time, magnetic bead losses and avoiding irreversible aggregation. However, these factors don't describe the magnetic separation process, and in fact are only products of that process. This makes it impossible to ensure consistent conditions when scaling up or using a different separator.

What is magnetic force

If the magnetic field is homogenous, no matter how high the field is, the force is equal to zero and particles will not move but will instead align with the field. A magnet has a force because it generates a field that changes with distance. It is this change that produces the magnetic force. 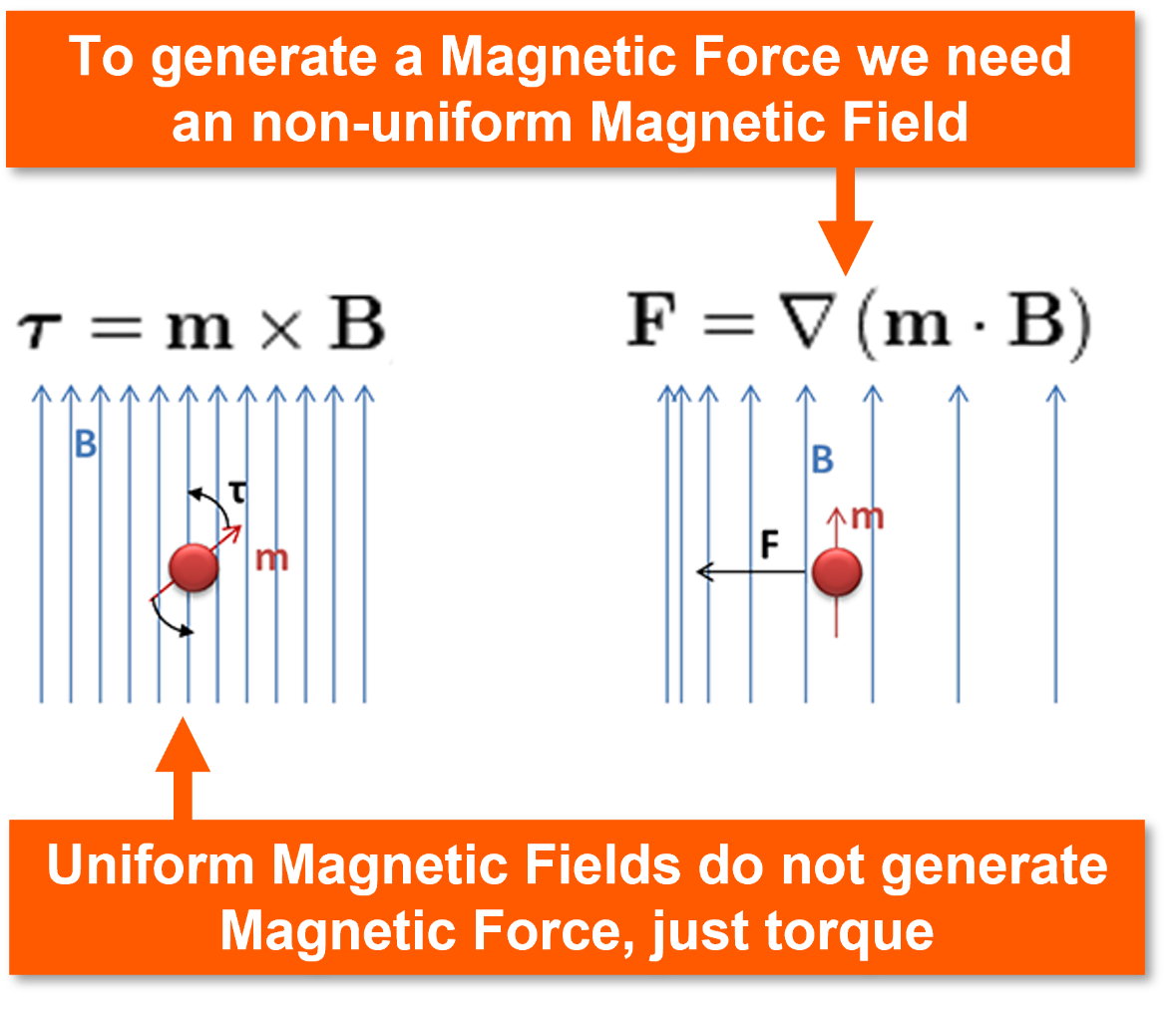