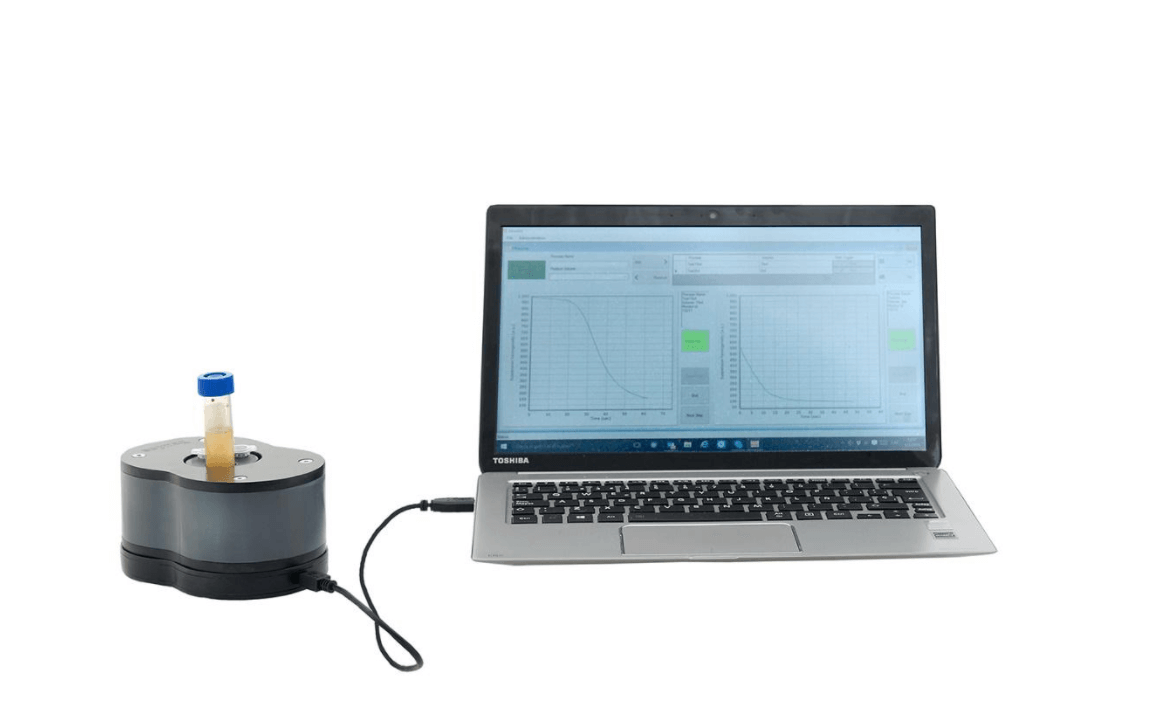 In a recent paper published in Physics in Medicine & Biology, Soudabeh Arsalani and his co-workers explored the use of low gradient magnetic separation for optimizing commercial Iron Oxide Nanoparticles. They use this technology as an alternative to sequential centrifugation, which has been described in the literature as a tool for controlling the size and size distribution of MNP for MPI, MRI, and hyperthermia  By using a Sepmag LAB with its MLAB210 adaptor and MONITOR software, they show how the optimization process using biomagnetic separation is “more rapid, facile, controllable, and reproducible than the time-consuming and complex sequential centrifugation”.

The researchers of the Physikalisch-Technische Bundesanstalt (Germany) and the Department of Physics of the University of São Paulo (Brazil) analyzed magnetophoretic behavior of commercial IONP (EMG700, Ferrotec) coated with anionic surfactants in concentrations ranging from 2 to 120 mmol/l. The change of the suspension opacity shows a double sigmoidal behavior, where the first step corresponds to a faster fraction of the magnetic nanoparticles (usually the larger size). The “plateau” between the two fast opacity changes is between 3 and 50 minutes, allowing to set 4 minutes as the starting time for extracting the supernatant. DLS shows not only that the extracted fraction has a smaller hydrodynamic diameter average size (45 nm instead of the 75 nm of the original sample), but also a narrower distribution (0.11 compared with the original 0.19). Characterization using ac-magnetic susceptibility and magnetic particle spectroscopy (MPS) confirmed the improvement of the Iron Oxides Nanoparticles characteristics for MPI.

As a final check, they compared the images obtained using a  preclinical 3D-MPI system (Bruker BioSpin GmbH). 200 μl of two different concentration samples (10 and 55 mmol/l) before and after the 4 minutes biomagnetic separation were introduced in a phantom (a spiral channel with a quadratic cross-section). The MPI images of the samples after separation showed higher MPI resolution.

The authors concluded that the LGMS (Low Gradient Magnetic Separation, the technology used by Sepmag systems) is capable of separating larger magnetic nanoparticles from the suspension in a short time, allowing to modify the size distribution and magnetic properties and resulting in higher image resolution in MPI compared to the sample in the initial state.