Microalgae become the exclusive focus in research of biofuel production to meet global energy demand. Photosynthetic microalgae use the sunlight to form biomass from the supplement of carbon dioxide and water. One of the main constituents of microalgal biomass is the natural oil stored within the cells. This natural oil can be further transformed into biodiesel through a transesterification process. The biofuel is renewable with huge potential to replace the fossil fuel. The International Energy Agency has reported that the total final oil consumption of the world in 2010 has reached 3575 Mtoe.1

From literature review, some specific strain of microalgae contain high oil content and may benefit the large scale biodiesel production demand.2,3 The Chlorella sp. microalgae used in this study is one of the most promising candidates as it contains about 30 wt% of total lipid from the basis of biomass dry weight without any optimization on the growth condition.

The method of magnetophoretic separation of microalgae has been extensively studied recently (see also Fig. 1).4-9 It can be performed by imparting magnetic property onto the microalgal cells and enabling the subsequent collection of the cells by using a permanent magnet. Microalgae are carrying a net negative charge while the naked iron oxide nanoparticles (naked-IONPs) also in negatively charge when dispersed in the cell medium at pH > 7. Identical surface charge may induce electrostatic repulsion force between the naked-IONPs and cells. After the naked-IONPs have been functionalized by the cationic poly(diallyldimethylammonium chloride) (PDDA) to form surface functionalized iron oxide nanoparticles (SF-IONPs). These SF-IONPs can bind onto the cell surface through the electrostatic attraction quite effectively.4

Hereby, a series of experiment have been carried out to perform the magnetophoretic separation of Chlorella sp. under the homogeneous magnetic field gradient introduced by the SEPMAG A 125 mL. Figure 1 showed the real-time magnetophoretic separation of Chlorella sp. by using 200 mg L-1 of SF-IONPs (1.05 g SF-IONPs/g dry microalgal biomass). Complete collection of cells is achieved after 10 minutes of collection by using the SEPMAG A 125 ml. Images clearly show that the suspension boundary of the particles-attached-cells are moving toward the internal wall of the SEPMAG system with the gradual clearance at the center part of suspension. When the similar separation test has been carried out under inhomogeneous magnetic field gradient by using two NdFeB permanent magnet, result in Figure 2 showed that the magnetophoretic collection by using SEPMAG is faster than the dual arrangement of NdFeB magnets. This scenario is mainly due to the limited spatial resolution of the magnetic field of NdFeB permanent magnet.

Figure 2. Comparison between the performance of cell collection by using the SEPMAG and NdFeB magnet. Dosage of SF-IONPs induced is 1.05 g SF-IONPs/g dry microalgal biomass.

Hence, when the particles-attached-cells clusters are too far away from the NdFeB magnet, the collection of cells will become difficult by using the NdFeB magnet. Scaling-up of the flask is not practical in this case. While for the SEPMAG A, the magnetic separation of particles-attached-cells are always guaranteed when separation is carried out inside the SEPMAG system.

This point of view is supported by the results presented in Figure 3, which showed that the SEPMAG system is easy for scaling up as long as the separation is performed within the SEPMAG system. Three glass flasks with diameter at 2.5cm, 5.0cm and 6.6cm were used to test this concept. The height of the microalgal suspension in each flask was maintained at 2 cm as showed in Figure 3a. Four times lower in SF-IONPs dosage is employed here (0.22 g SF-IONPs/g dry microalgal biomass) compared to previous test (1.05 g SF-IONPs/g dry microalgal biomass) to magnify the cell separation performance affect by the scaling-up of the flask diameter. The insufficient supply of SF-IONPs may prolong the complete collection time of the microalgal cells (> 10 minutes compared to the previous case) with a lower final cell separation efficiency. Result in Figure 3b showed that the cell separation efficiency achieved by three flasks with different diameter are almost similar with each other at 10 and 20 minutes of cell separation. Again, the SEPMAG system has been proven to be practical in scaling-up without significant effect on the cell separation efficiency. Hence, for the design of low gradient magnetic separator, homogeneous magnetic field gradient can be very effective in harvesting microalgae biomass. 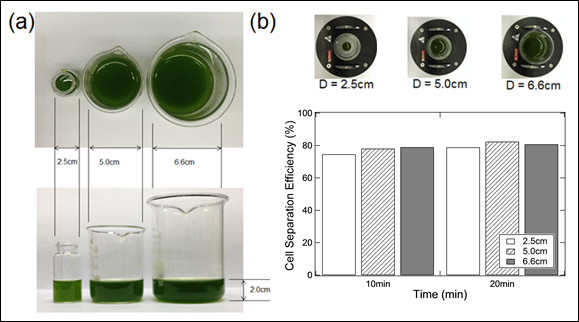 Figure 3. (a) Schematic shows the 3 flasks with different diameter that used for the scaling test. The cell samples are maintained in 2 cm height. (b) Cell separation efficiency achieved by 3 different diameter of flask after 10 and 20 minutes of separation under homogeneous magnetic field gradient. The insufficient supply of SF-IONPs (0.22 g SF-IONPs/g dry microalgal biomass) is purposely used to investigate the cell separation performance during the prolonged cell collection duration until the complete collection of cells.

Chuan Chun Chai received his B.Sc. degree in Chemical Engineering from Universiti Sains Malaysia in 2013. He is currently first year M.Sc. student in JK’s group. His work focuses on design of a low gradient magnetic separator for microalgae removal from fish farm water. 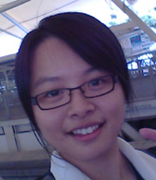 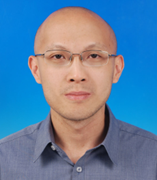 JitKang Lim received his Ph.D. degree in Chemical Engineering from Carnegie Mellon University in 2009. He is currently a senior lecturer in School of Chemical Engineering, Universiti Sains Malaysia (USM). He also holds a courtesy appointment as Visiting Research Professor at Department of Physics, Carnegie Mellon University (CMU) in United States. He is the recipient of the BOOST Award for Young Scientist and Engineer (2013) of American Chemical Society.