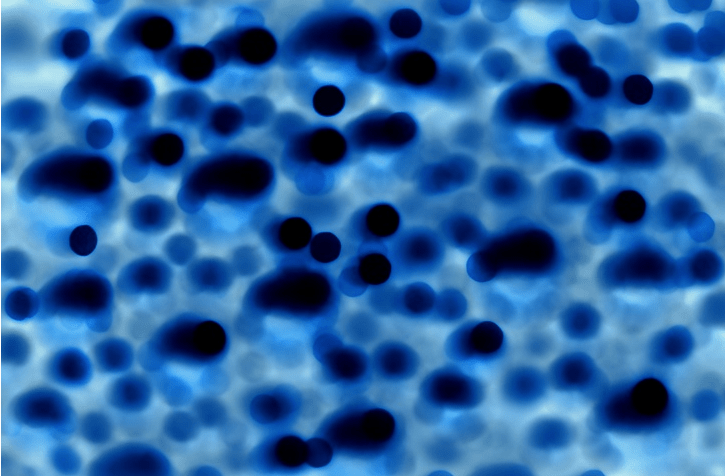 Size exclusion chromatography columns are used to separate molecules by size, molecular weight, and hydrodynamic volume. The technique can be used with proteins, polymers, and other macromolecules. It can also be used for buffer exchange or desalting a sample. The principle behind size exclusion chromatography columns is simple, but the technique only works when the correct resin-bound column is matched to the experimental goal.

The columns used for SEC are packed with a resin composed of porous beads. The beads are usually made of a proprietary polymer derivative of agarose, or silica. The most important features of these beads are the pores. The pore size is carefully controlled, and is one major element to consider when choosing the appropriate column for performing SEC. The pore size is typically reported as a molecular weight cutoff (MWCO). This means that any molecule under the MWCO will be trapped inside the pores of the beads while larger molecules will pass between the beads and through the resin without being caught in the pores. In SEC the molecules larger than the MWCO will pass through the resin faster than the smaller molecules. The eluent will contain the larger molecules, while the small molecules will remain trapped in the resin. If using disposable centrifugal columns, more buffer can be added to capture those smaller molecules in a separate eluent if desired. If using a more sophisticated SEC setup, the smaller molecules will be eluted at a later time as the mobile phase continues to move through the column.

One important requirement of SEC is that the molecules cannot react with or have any type of affinity toward the resin material. The separation must be governed by size alone. Additionally, the resin must be properly packed in order to ensure that the molecules will be able to enter the pores or pass between the beads as predicted. It is possible to purchase pre-packed columns from commercial vendors. Otherwise, it is important to follow instructions to ensure that a column is properly packed before use. Overpacking a column can block the pores, and underpacking a column can reduce the chances of small molecules being trapped in the pores. When using a quantitative SEC machine this can lead to poor resolution and broad elution peaks.

SEC can be performed using simple disposable centrifugal columns or with a more sophisticated machine with reusable columns and quantitative feedback. The centrifugal columns are relatively cheap, but are only useful when you know what molecules you are working with and are interested in separating them, but not characterizing them. These disposable columns are also very useful for buffer exchange and salt/small molecule removal for protein or polymer purification. The column is pre-loaded with the desired buffer. When the sample is added, the centrifugal force elutes the large molecules into the desired buffer, while the old buffer and small molecules are captured in the resin.

The more sophisticated machines send a mobile phase through the column at a low flow rate. The molecules will elute in fractions of similar molecular weight. These data can then be combined with spectroscopic techniques to determine concentration and to characterize the composition of the experimental sample. This is particularly useful to understand tertiary and quaternary structure of proteins and to get a sense of the polydispersity of polymer syntheses.