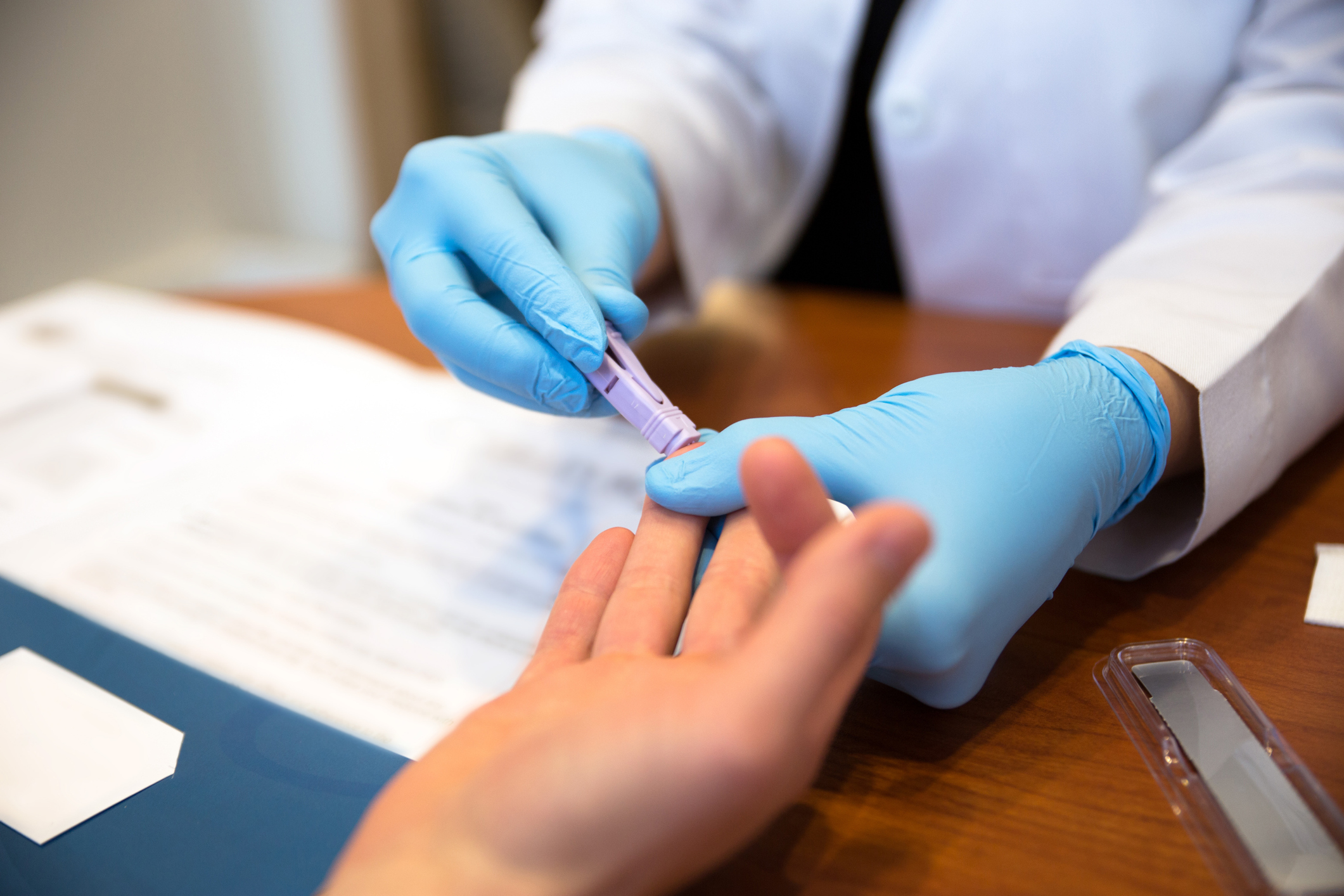 An in vitro diagnostic product (IVD) is any reagent, device, system, or part of a system used outside of the body to diagnose a disease or infection. The IVD can be used to detect DNA/RNA, microorganisms, or protein. This can be in a laboratory setting or in a “point of care setting.” Point of care (POC) is beneficial because it removes the need to send a sample to a laboratory for testing. Therefore, the time between sample collection and diagnosis is significantly reduced. Point of care IVD is especially useful in resource-poor settings where laboratories are located far away and there is a lack of good communication or transportation infrastructure.

Recently, a method using magnetic separation to detect malaria has been developed. The method is effective at detecting the presence of the malaria parasite Plasmodium falciparum in patient serum, and it has the potential to be packed into a POC diagnostic tool. The technique does not require amplification and detection of the parasite via traditional culture methods or by PCR. It rapidly provides a diagnosis, and could potentially be developed into a compact package.

Sandwich hybridization is a single strand DNA or RNA capture technique whereby two oligonucleotide probes are synthesized, one complementary to the 5’ end and the other to the 3’ end.  The probes can be attached to magnetic nanoparticles, fluorescent tags, polymer nanoparticles, ornanorattles to aid in the detection of the DNA or RNA of interest.

After the sandwich hybridization incubation is complete, and the magnetic particle-DNA-nanorattle object is formed, there needs to be a way to collect it from serum and direct it to an area where it can be detected by SERS. This is accomplished by magnetic separation with the use of an external magnet. The magnetic nanoparticles are susceptible to the magnetic field, meaning that they become magnetized and move toward the magnet. The process is rapid, which is desirable in a POC diagnostic tool.

Detection of the captured DNA using ultrabrightnanorattles and SERS

Surface enhanced Raman spectroscopy is a non-fluorescent method of identifying molecules attached to metallic surfaces. Raman Scattering is a type of spectroscopy that measures information about the vibrational modes of molecules. A laser shines light onto the molecule, some light passes through, but some light is scattered. The Raman spectra are specific to each type of molecule, and when molecules are adsorbed to metallic surfaces the Raman scattering can be greatly enhanced. This technique has some advantages over fluorescence detection. These advantages include no bleaching, using a narrower light spectrum, and achieving a lower limit of detection. The nanorattle is a nanoparticle consisting of a gold core surrounded by SERS reporters contained by a silver shell coating. This ultrabrightnanorattle is very easy to detect and is therefore very useful in a diagnostic tool.

Since the Raman spectral lines for the ultrabritenanorattle are known it is easy to determine if the target is present in the sample or not. If the target DNA is not present then the magnetic particle-DNA-nanorattle sandwich is not made,and the nanorattles cannot be magnetically attracted to the measurement site. In that case no spectral lines are observed.

The system demonstrated a limit of detection of 3 picomolar, which means that it can detect Plasmodium falciparum DNA at concentrations as low as 10-10 M. The method has potential for development as a point of care in vitro diagnostic device for the detection of malaria.

Other examples of IVD platforms

The focus of current research into creating new IVD platforms is in creating point-of-care diagnostics, and one popular way to do this is by creating lateral flow assays like the over-the-counter pregnancy test, or by creating microfluidic assays. The central ideas to these test are remarkably similar to the gold-standard IVD tests like enzyme-linked-immunosorbant-assays (ELISAs) performed daily in clinical laboratories. The basis of these test is generally the lock-and-key specificity of antibody-antigen recognition. The assay will have a capture antibody and some kind of detection system in place to produce a signal once the antigen is encountered in the patient sample. Lateral flow devices accomplish this by adhering the capture antibodies to lines on the paper. Once the sample is applied it is wicked by the paper over to the capture antibody where a binding event occurs if the antigen is present and doesn’t occur if it is absent. A microfluidic assay works on the same principle except there are usually more reagents involved and more mixing steps required to initiate a binding event and read the result. Another tempting goal for the designers of new IVD assays is to integrate the sensing device with a smartphone to enable swift, accurate, and quantitative readout of the results.