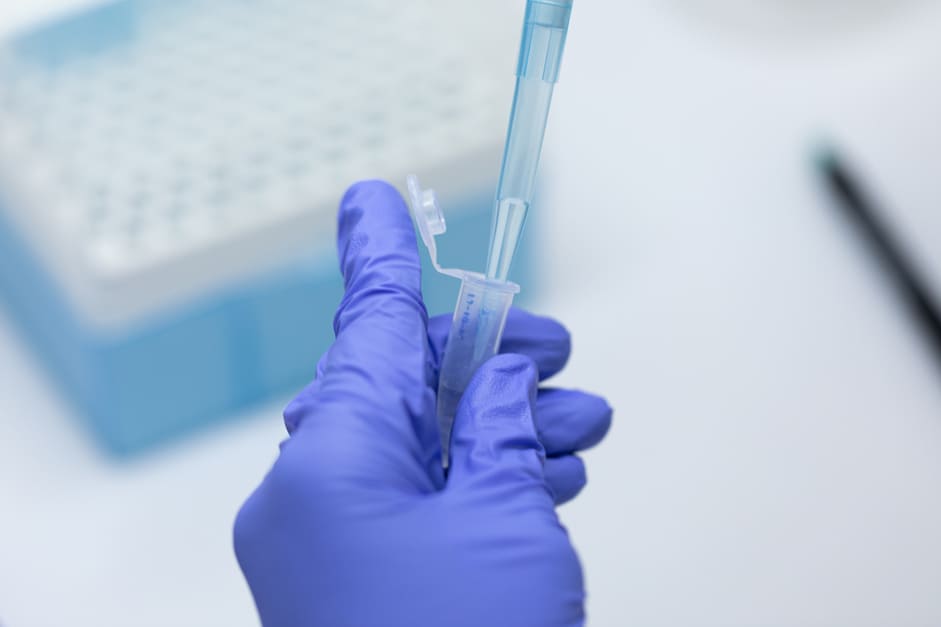 What is poly dt?

Poly deoxythymine (poly dt) is a molecule made up of a string of deoxythymidines that are connected via 3' to 5' phosphodiester linkages.

In other words, poly dt is a long chain of thymine nucleotides, which can be up to 20,000 nucleotides long. Also known as polythymidine, polythymidylic acid, and poly T, amongst other names, poly dt is a single-stranded sequence commonly used to purify messenger RNA (mRNA)..

What is poly dt used for?

Poly dt has a wide range of uses, from extracting mRNA to manufacturing vaccines. Common applications include:

Quickly and simply extracting mRNA is important for both research and industry laboratories. The amount of mRNA in the cell signals what genes are being expressed and in what quantities. The specific mRNA present can provide information on what genes are being turned into which proteins, and what biological process is occurring in the cell.

Because mRNA only makes up a small amount of the total RNA present in a cell, it needs to be isolated from other RNAs such as rRNA that occur in higher quantities. Poly dt can isolate mRNA because of the poly A tail that is present on most eukaryotic mRNAs. A poly A tail is a chain of adenine nucleotides that is added to the mRNA molecule at the end of translation. This process, called polyadenylation, stabilizes the molecule, and allows it to be transported out of the nucleus for translation. Poly dt can be used in a variety of ways to isolate mRNA, from poly dt cellulose resins to poly dt-bound magnetic beads.

Once isolated, mRNA can be used in a range of downstream applications, including:

A northern blot is a technique that is used to study gene expression using mRNA, and is particularly useful for comparing gene expression across samples. The process includes a poly dt cellulose chromatography step to isolate mRNA, where poly dt resin is anchored to the column. When the sample is run through the column, the mRNA will hybridize with the poly dt probe and therefore be retained on the column.

Poly dt primers are a key component of cDNA synthesis kits. Synthesizing cDNA is an important step in studies of RNA regulation of gene expression. As mRNA is too fragile to undergo the PCR process, poly dt primers are used to bind to the poly A tail of the mRNA. This allows RNA to be converted to cDNA for quantitative PCR analysis.

Anchored poly dt primers can also be used to create DNA tags for next generation sequencing (NGS). For example, a one-step reverse transcription reaction followed by PCR with human and mouse mRNA was demonstrated to be sufficient to create DNA tags for sequencing. This technique utilized poly dt primers with sequences compatible with Illumina NGS at their 5’ end, and the complementary Illumina sequence placed at the other end of the DNA tags.

RNA extraction has underpinned the COVID-19 pandemic response, from mRNA-based vaccines to test kits that isolate mRNA from pharyngeal swabs.

COVID-19 vaccines that utilize mRNA have been developed by several companies. These vaccines send lipid-coated mRNA into human cells, where the cell’s machinery uses the mRNA to synthesize the spike protein found on the cell surface of SARS-CoV-2. This protein is then presented on the cell surface for the immune system to discover and mount a response to, creating a store of antibodies and other immune defenses in case of infection.

For test kits, RNA isolation techniques have been equally important: how quickly RNA can be isolated dictates the time it takes to carry out COVID-19 testing. The RT-PCR methods widely used are quick – taking around 10 minutes to extract mRNA. Kits such as QIAamp viral RNA mini kit extract RNA from pharyngeal swabs. Poly dt primers are then used (alongside random primers) to synthesize first strand cDNA via reverse transcription. PCR then amplifies the products to sufficient levels for analysis.

Can magnetic beads be used with poly dt?

Another advantage of magnetic beads is the ability to isolate mRNA directly from crude samples without the need for vacuum filtration or centrifugation. Poly dt-coated beads can rapidly extract purified, intact mRNA from total eukaryotic RNA or directly from crude cell or tissue extracts. Modern biomagnetic separation systems can also scale up mRNA purification up to tens of liters, while maintaining the speed required to work with mRNA

Poly dt can be conjugated directly to the beads, or poly dt can be linked to another molecule, such as biotin, in solution. Both methods capture mRNA by their poly A tail with poly dt molecules. We cover both these processes in depth in our article on mRNA extraction. After annealing, a magnetic field is applied to concentrate the beads with their mRNA on the side of the tube. The supernatant can then be discarded.

Poly dt-coated beads can also act as a primer for reverse transcriptase during first strand cDNA synthesis. As the poly dt is covalently bound to the bead surface it is possible to reuse these beads multiple times. Magnetic beads therefore allow cDNA synthesis directly on the beads to create a reusable solid-phase cDNA library.

Isolating mRNA is a fundamental process in molecular biology research and laboratories, but it can also be a frustrating one. Modern magnetic separators make the process simpler and quicker, while also allowing you to scale up production up to 50 L, which is particularly important for synthetic mRNA production.