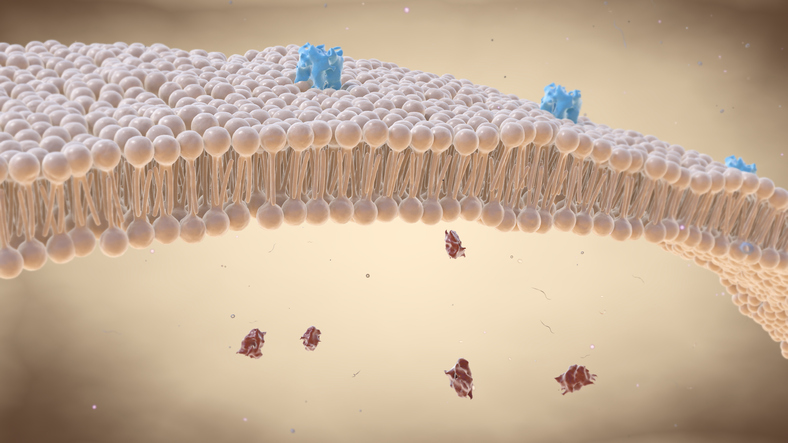 Cell lysis is the act of breaking the cell membrane to enable the study of specific proteins, nucleic acids, and other molecules inside of cells. When cell lysis is successful, the undamaged contents of the cell escape through the damaged cell membrane. These contents are then separated out of the mixed sample and used for further study. The methods used for separation of the lysed cell contents are dependent on the goal of the study. Careful investigation of these inner workings can reveal disease patterns, improve our understanding of normal cellular function, and elucidate biochemical pathways and therapeutic targets. Protein isolation is different from nucleic acid separation, and the reagents used vary drastically. There are a few ways to lyse the cell membrane; these include mechanical disruption, liquid homogenization, freeze/thaw cycles, manual griding, and the use of detergents. Sonication cell lysis is an example of mechanical disruption used for releasing the contents of cells.

What is sonication and how it works

Sonication is the process of using sound energy greater than 20 kHz (ultrasonic) to cause air bubbles in a liquid to implode in a process called cavitation. In sonication cell lysis the energy released from cavitation impacts the cell membrane and the membrane is irreparably damaged. This damage is called cell lysis, and the cell membrane is no longer able to hold the contents of the cell; the contents are released into a mixed sample of lysed cell organelles, proteins, and nucleic acids. Sonication is performed either in a water bath or by a sonication probe. When using a probe it is important to ensure that the size of the probe is matched to the sample volume. Generally, the probe method is preferred for cell lysis because it is easier to keep the sample on ice during the process. This is important because the heat generated by the vibration is enough to denature proteins if left uncontrolled. Another useful tip is to apply the sound waves in short pulses to prevent overheating. Sonication cell lysis can be enhanced by putting the cells into a hypotonic buffer prior to sonication. The hypotonic buffer causes water to cross the cell membrane into the cell, which causes them to swell, and makes it easier for them to burst when impacted by the shock waves. It is important to note that sonication shears chromosomes, so it is not appropriate for studies of nucleic acid. One of the other methods of cell lysis listed above may be more appropriate in those instances.